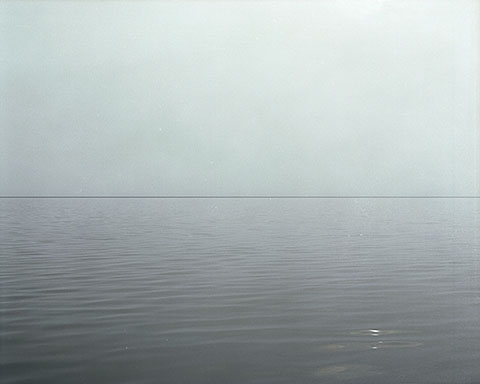 This fantastic image was shot by Gautier Deblonde, whilst on board one of the Cape Farewell Arctic voyages. These aim to sail into the Arctic on The Noorderlicht, through routes that are now navigable, when once in the not too distant past, they were icebound (see gautierdeblonde.com and capefarewell.com). A close friend said to me that this looks like Heaven, whereas in actual fact it may be closer to its environmental opposite…Whilst not quite the consensus view yet, many climate scientists now say that we are on the cusp of the “Tipping Point” – the position where the acceleration and impact of climate change through Greenhouse Gas Emissions becomes irreversible. This in itself is an almost inconceivable position: how can the simple way we live, day in day out, affect all our future generations? Unfortunately I’m not a good enough philosopher to present the rationale behind the mental blindspot that we almost all suffer from, but please believe me, it’s there… A clearer and more readily understandable example of this blindspot is illustrated by air travel. I assure you that since my first overhearing of this visionless psychological hole, I have tried to apply it every time I flown. The concept is simple: next time you are on a plane, try – I mean really try – to comprehend where you are.

Literally and temporally where you are. You are on a thin metal tube, hurtling through the sub freezing air at 30,000 feet, at 500 miles an hour, with a skin of a couple of centimetres of aluminium and foam, keeping you from certain death. The closest we can get is an abstract analytical affirmation of this…get my point…? Is Climate Change too much to comprehend; are we too limited not only to grasp the scale of the issue at hand, but too limited in our individual view of our own activity, to do anything about it?

No. Little by little we can relate to the vastness of the responsibility. There is a higher order at work here: whilst not quite capable of flying at 500 miles an hour, birds are perfectly adapted to flying at fairly high altitude, and sub-freezing temperatures. There can be an “intelligent design” in our response, and contradictorily it involves both humility and ambition. Faith in the ingenuity of man to rise to the technological challenge, and necessary humility in scaling our immediate wants down a little. Simple but purposeful steps: I would say “you know, the usual” – but this would be to trivialise the enormous. Drive less, and when you do, drive further (i.e. don’t only use the car for running to the shops, but for more inevitable journeys further afield. Be realistic – goading people to use the train more will only really work when Government Transport Policy, joins up with transnational environmental policy…in the meantime steps have to be rational and realistic). Wear more clothes in winter, using less heating; recycle more; promote and investigate alternative energy sources. I’m a natural writer, and so the temptation is to finish on a “lick”  – the technique for punctuating ones’ final comment with a moral (and preferably circular) insightful argument – but didn’t I ask for humility? Sometimes expect less.